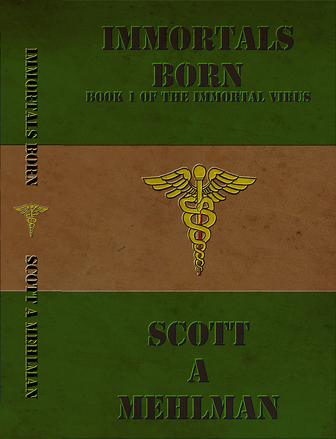 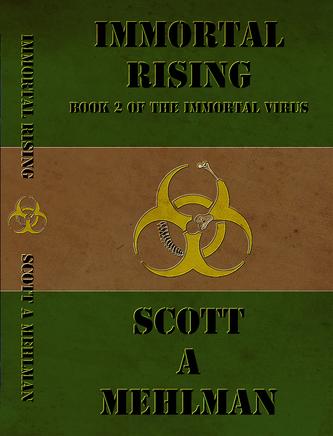 The Immortal Virus has ravaged the world, turning a large percentage of the population into mindless and hungry zombies.  Those that have found themselves to be immune, and the handful that contracted the virus and recovered, are now beginning to band together in the hopes of survival and to rebuild new societies.

Oscar “Oz” Ritter and company are attempting to build some semblance of home inside a mansion turned library just outside of Cleveland, Ohio.  Oz does everything in his power to bring in survivors and teach them how to protect themselves in a world where self-reliance means living to see another day.  While all members of his group don’t always agree on what a rebuilt society should look like, they count on Oz’s strength and fortitude to keep them alive.

Omari Redson is similar to Oz and Owen Ritter in that, he too had contracted the Immortal Virus and survived.  But Omari has distinctly different views on what a future society should look like.  He rules through violence and intimidation and has no qualms about taking weaker survivors as slaves.  In their first encounter, both Omari and Owen were carried away with what should have been mortal wounds.  Both men pulled through and learned the true nature of the Immortal Virus.  Now the two groups are locked in a struggle that makes the threat from zombies a mere distraction.

The pandemic has passed, but the Immortal Virus, created and released by Franz Schlepke, continues to affect the lives of those that survived it.  Even the zombies, survivors of a different sort, are ruled by the virus that still flows through their veins. 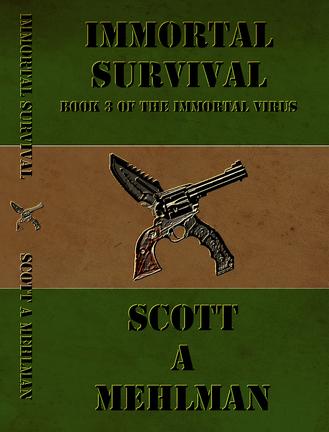 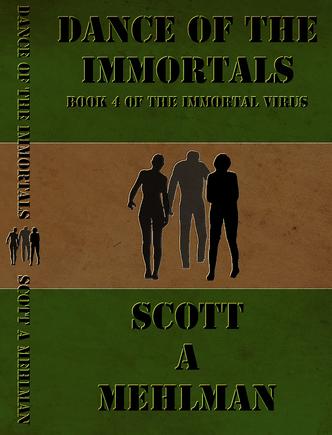 Franz Schlepke is a man who would do anything for his beloved, ailing wife, Gretchen, and he has the means to do it.  Doctors Laura Chamberlain and Friedrick Mueller are genetic engineers with the moral convictions that make them willing to conduct their less than ethical research under the auspices of Franz Schlepke.  Together they create a virus intended to cure the ravages of age, but a sudden decline in Gretchen’s health forces Schlepke to use it before testing is complete initiating a pandemic that will change the face of the planet, and the human race, forever.

Oscar “Oz” Ritter is an incurable smart-ass and jack-of-all-trades.  Over-educated and underemployed, he has yet to find his true place in the world.  When a mysterious flu pandemic sweeps across the planet, Oz leaps into action, gathering his brother and a few close friends at his mother’s house in suburban Cleveland.

Brian Rooney is an intelligent, video game loving, overweight, bullied teenager.  He and his best friend, LaCroix, think they have figured out what is happening in the world much earlier than most folks and begin making survival plans.  But their most difficult task is convincing their parents that the end of the world might actually be coming.

Don Murphy, a 72 year-old survivalist and prepper, isn’t certain what is happening, but he knows enough to seek out a place to lay low.  But as much as he’d like to ride out the pandemic in the peace and quite of the Rocky Mountains, circumstances and a desperate call for help from a young girl force him into action.

What Franz Schlepke unleashes upon the world is a virus unlike any ever seen before.  Succumbing to this virus is not the worst possible outcome; nor is immunity the only other possibility…

In Immortals Born, Franz Schlepke’s creation was loosed upon the globe in his folly to save his wife.  In a mere 30 days the world we once knew devolved into a planet filled with ravenous monsters, savage opportunists and those just struggling to understand what was happening.  Things are not likely to get better any time soon.

Oz and Owen Ritter have awakened from their three-day bout with the Immortal Virus feeling lucky that they are not the mindless zombies the virus normally produces.  Their goal now is to find a more secure shelter and begin work on surviving in this new world that the Virus has wrought.

Teenaged gamer, Brian Rooney, is likewise trying to figure out how to endure in a world where his family and friends are dead and he finds himself the protector of six-year-old Gino Palmeri.  Ill-suited for being the real-life action hero he played in his video games, Brian does manage to save Gino’s mother, Izzy, from certain death; but how can the three of them persevere in a world where death lurks around every corner?

Don Murphy, though 73 years old, was capable and prepared to survive the pandemic and proved this by saving young Leslie from the zombies over-running her Bible camp.  He begins teaching Leslie everything she’ll need to know to live and thrive in a world in which zombies may not be the only things she needs to fear.

Not all survivors of the Immortal Virus were created equal.   Most became mindless zombies urged onward by a hunger that needs to be fed.  Some were immune and do what they must to carry on after society has crumbled.  And though the Virus has changed the world and everyone it has touched, there are a handful of survivors that are learning that the Virus is still in them doing exactly what it was created to do…

Oscar “Oz” Ritter is immortal –ish.  The Immortal Virus flowing through his veins heals most wounds overnight and keeps him from aging, but sufficiently destructive damage to his brain will kill him and those like him.  The Immortal Virus was not yet ready for human testing, but this did not concern Franz Schlepke, the man who funded the creation of the virus.  When he used it in an effort to save his elderly, ailing wife, the virus erupted into a global pandemic that wiped out most of the population of the planet.  Unfortunately, the virus did work to a certain degree, reviving many of those that seemingly had succumbed to it, and turning them into virtually immortal zombies with a drive to feed an unending hunger the virus creates within them.  And for a handful of people not naturally immune, like Oz, the Immortal Virus worked as intended.

Oz had given his word to his brother, Owen, that upon successfully freeing survivors enslaved by a group led by an immortal named Omari Redson and living in Cleveland Browns Stadium, they would attempt to discover the fate of their father.  Oz also promised Father Kevin DeLuca that he would make an effort to rescue Kevin’s niece, Teresa, from the cult in Montana where she had been taken against her will by her mother, Susan.  Ryland Bickmore, an immortal man who believes himself to be resurrected by God, leads the cult and believes the zombies to be demons in league with Satan.  So Oz and Owen journey west with their faithful dog, Toki, in an effort to fulfill Oz’s promises.

Leopold, Schlepke’s former driver and right hand man, makes his escape from Eastern Europe along with two of Schlepke’s test subjects.  At the same time, Don Murphy, Leslie, and Peta leave the ashes of their friends and their shelter behind in Colorado to seek out a new, and hopefully more secure, home.  Both of these small groups of survivors are searching for the same thing:  a place to rebuild a life in a world overrun by anarchy and monsters, monsters that don’t always come in the form of zombies.In this fourth book in the Immortal Virus saga, new survivors will emerge, some immune and some immortal, and all fighting to endure.  How they go about this fight bridges the spectrum from honorable to evil.  And in a world where anarchy reigns and zombies stalk the earth, honor may not keep you alive.